"Open science is a moral imperative" 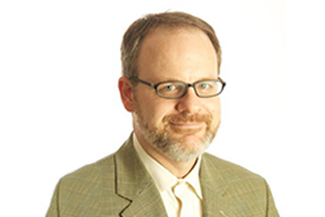 Michael Dougherty, chair of the Department of Psychology, first came to appreciate the importance of open science for the role it can play in replication and reproducibility of research. “Making work openly available is one way we can engage in a more transparent science, a more honest science,” says Dougherty. “If work can easily be double-checked by others, open access to science serves as an internal check on the system. It helps ensure we’re putting out only our best quality work.”

While this remains an important function of open science, Dougherty will tell you now that he sees open science first and foremost as a matter of equity and inclusion. “Once you start asking questions about who’s allowed to access research and who’s allowed to participate in science, you find that academia, often unintentionally, excludes a lot of people. I ask myself, my students, and my faculty - who could be contributing to this science who currently can’t?”

The power of open science is more evident than ever taken in the context of the COVID-19 pandemic considering the vast amount of information tucked away behind paywalls that could help us meet this challenge. “What’s really striking and refreshing in some ways, but startling in others, is that we see journals opening up their work and scientists opening up their labs in this time of great need to solve this problem. But why does it take a global health crisis for us to play catch up in our scholarly practices when we could have been doing this all along?”

Dougherty chairs an open science committee in the Psychology department and routinely advocates for issues of open science among his colleagues. He’s found there is great interest among Maryland faculty and students in increasing accessibility to research, but there is more work to be done in educating individuals involved in the research enterprise about how they can actively contribute to the work.

One way Dougherty practices open science in his own scholarly activity is by posting data from his research in an open repository. The data, and analysis code written using open source analysis tools such as the R programming language, can be analyzed and manipulated by anyone across the globe - no costly, proprietary software license is needed. He also makes it a regular practice to upload research papers to pre-print servers, making the research freely available to anyone with an internet connection.

“Open science is so much bigger than reproducibility. It really is a moral imperative to make the work that we’re privileged enough to be able to carry out and benefit from available for other people to benefit from as well.”